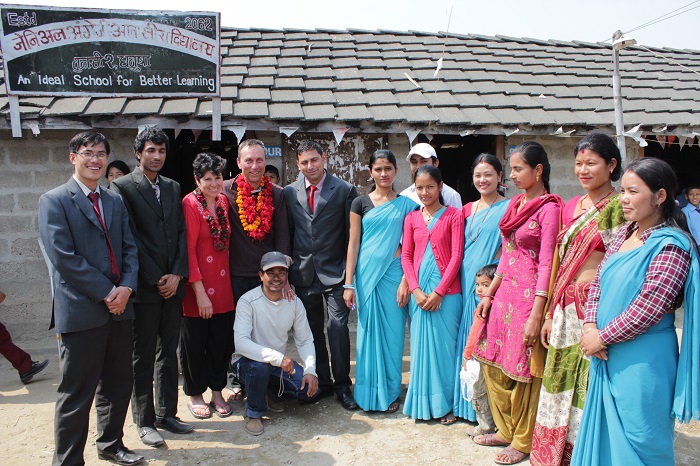 As it was decided during a board meeting on the 18th of may 2013, two people from the board went to Nepal in February 2014.

It was important for us to go there in order to realize what the school and the children needed. We also met professors and the children's families. We can thus act efficiently for the children and try and bring them everything they need for their education.

Mr and Mrs Ducos were the one going to Nepal in February 2014. They were with 12 other people.

They were able to :

The association now sponsors 69 children (65 in Tulasi, 4 in Kathmandu).

A 20 minutes film was edited by Thibaud Servat (who was in Nepal with the association). This film presents Tulasi's village, the warm welcome that the children and the school director gave to the french group when they arrived.

– 2 of the sewing machines were given to the school in Tulasi, where a sewing studio was created in order to teach the little girls how to sew. This could help them find a job in the future and be financially independent in their adult life.

– 1 was offered to a group of old ladies in the village of Tulasi, they sew in order to dress other villagers.

– 1 was offered to the 2 mothers of the 4 children sponsored in Kathmandu who were the first children helped by the association.