After having done a 3 weeks long trek in Nepal in october 2011, a group of friends, moved by the living conditions of Himalayan children, decided to create a charity. It's aim was to help those children in their education by allowing them to go to school. In the first place, they decided to help the children of the bellhops who were carrying their belongings during their first trek in 2011. 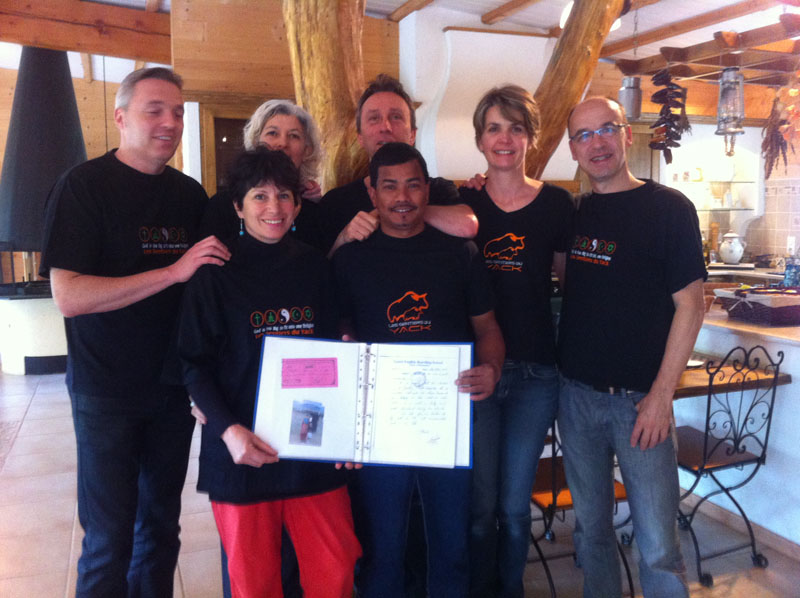